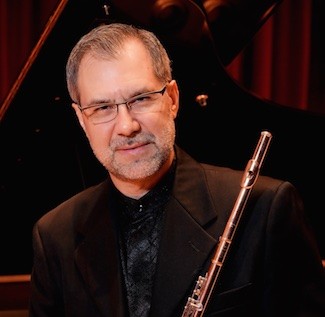 Fathers and Daughters with Russel Crowe and Amanda Seyfried! The New Baroque Chamber Players are Back!

this past January featuring music based on Mythology.

The group has another concert scheduled at UNCG for Thursday May 4th @ 7:30 pm Organ Hall

Hot off the press in time for the NFA convention!

Reserve your copy by sending an email to Dr. Coelho Tadeu Coelho appeared at the NFA convention in San Diego

in the following events:

Lullaby for Little Ones

children of all ages at the Weatherspoon Art Museum at Holy Cross Faith Memorial Episcopal Church in Pawley’s Island today! If you are in the area! Coelho appeared with Collapss in Paris on July 6th, 2015 Tadeu appeared with Zéphyros Quintet for the UNCSA Woodwind day this coming January.

Dr. Coelho was the recipient of the Board of Governors Excellence in Teaching Award 2014.

Dr. Coelho was also the recipient of the University of North Carolina Excellence in Teaching Award 2014.